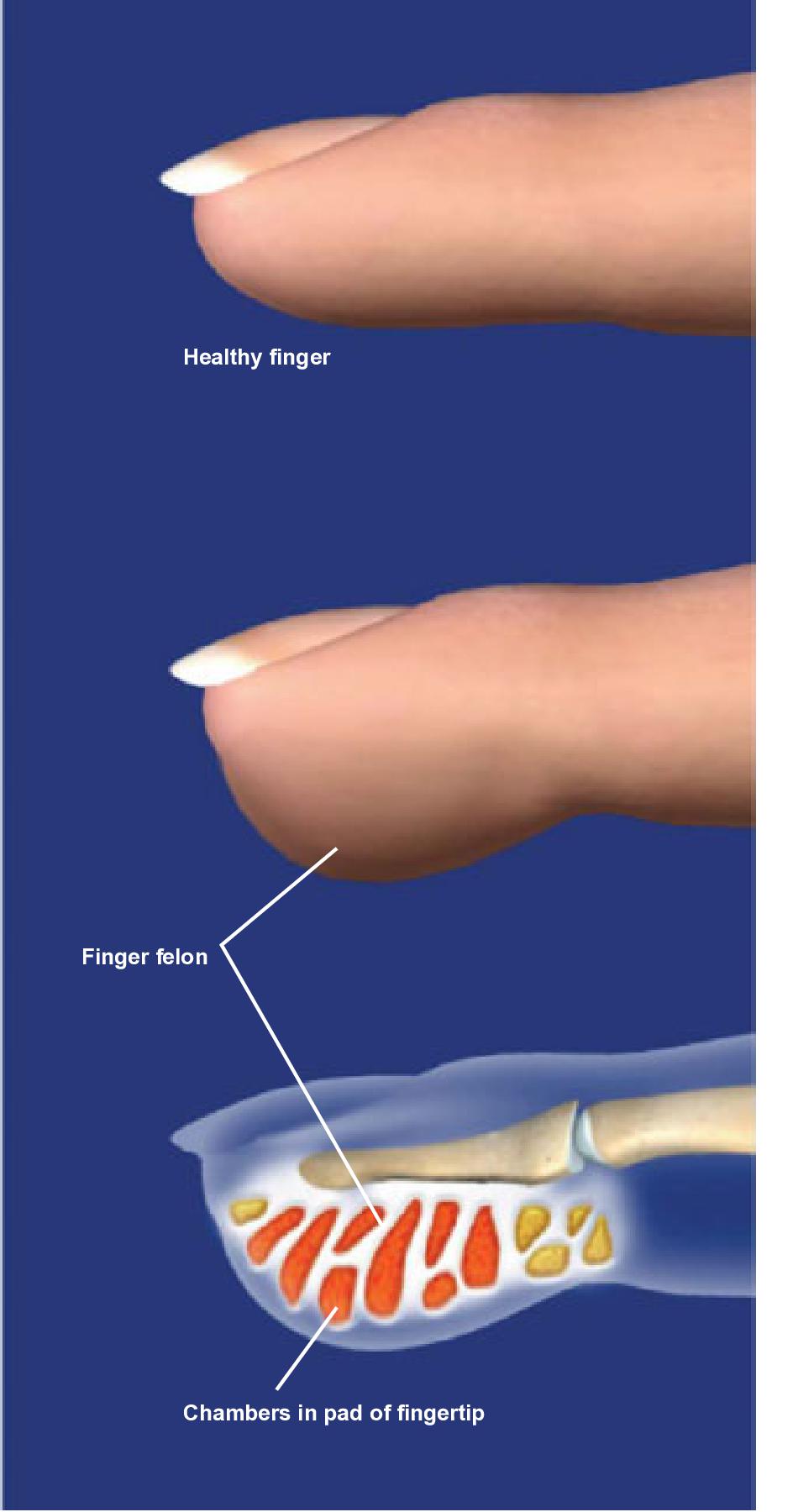 This condition is an abscess that forms within the pad of the fingertip. A felon can swell dramatically, leading to significant pain and sensitivity.

The pad of the fingertip is formed by a spongy layer of tissue made up of small chambers of fat.

How a Felon Forms

Felons are commonly caused by puncture wounds from metal, glass, or other sharp objects. Diabetic blood draws at the fingertips can also cause a felon. The index finger and thumb are the most commonly affected digits.

Common symptoms can include severe, throbbing pain, swelling of the fingertip, and occasionally redness. In some cases the pressure inside the chambers builds and breaks through the skin, causing visible drainage.

Felons require drainage of the pus from the chambers of the fingertip. Antibiotics and fingertip soaks are part of the complete treatment plan. A patient with a puncture wound or cut may also be given a tetanus shot.