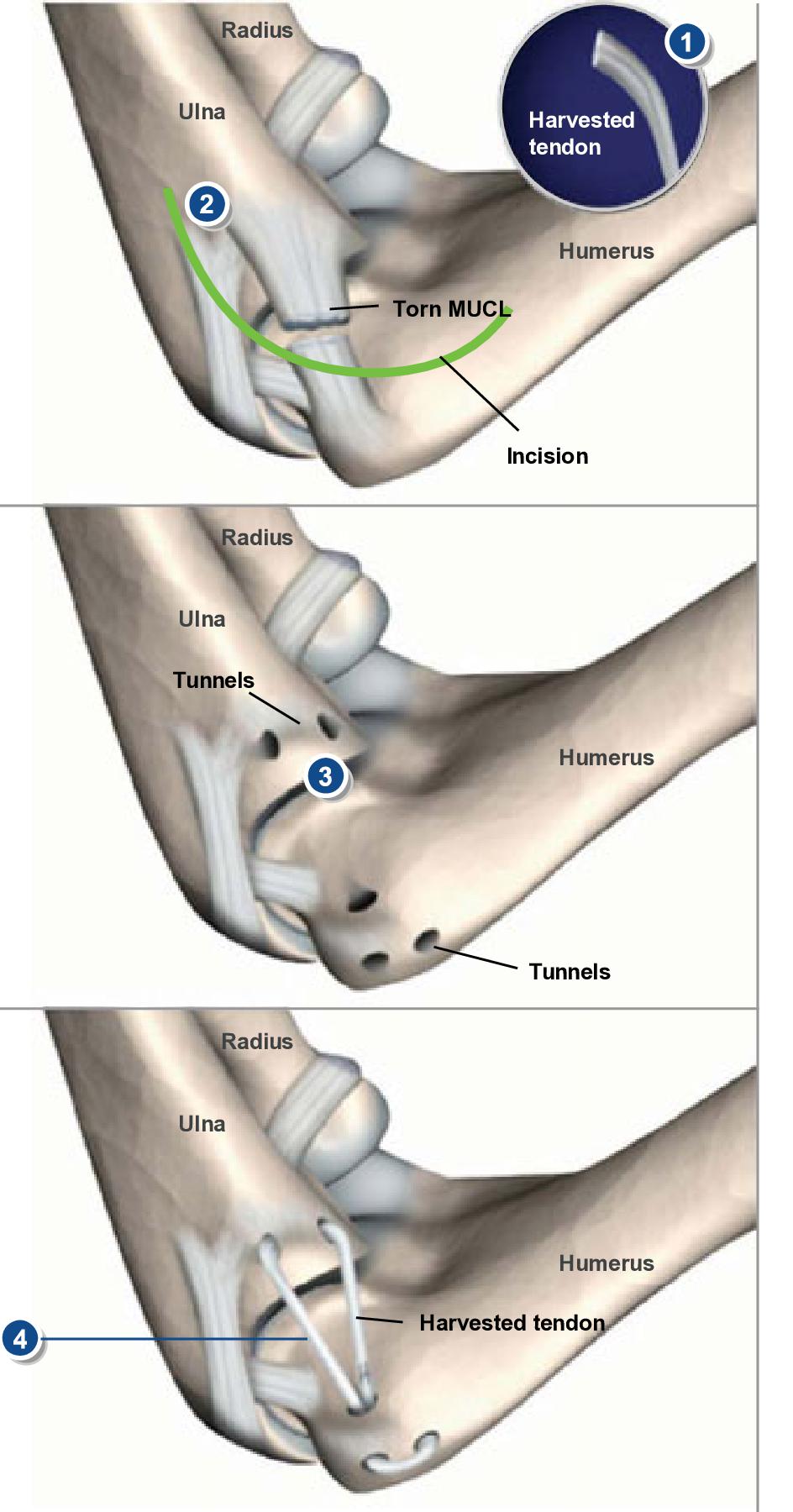 This procedure is designed to repair a torn elbow ligament – an injury typically caused by strong, repetitive overhead throwing motions of the arm or by dislocation of the elbow. It was first performed in 1974 on baseball pitcher Tommy John.

The surgeon makes an incision along the inner side of the elbow, exposing the damaged medial ulnar collateral ligament.

Tunnels are drilled through the humerus (upper arm bone) and ulna (a lower arm bone) at the points where the damaged ligament normally attaches.

The harvested tendon is looped through the tunnels in a figure-eight pattern. The tendon is sutured to itself, stabilizing the joint.

The incision is closed, and the elbow is immobilized in a hard brace for one to two weeks. The patient may then be allowed to switch to a hinged brace and begin limited exercise of the arm. Supervised throwing may begin at three to four months; competitive throwing may be allowed at six to nine months. Most athletes regain their pre-injury level of function about 12-18 months after surgery.